People have been manicuring their nails for more than 4,000 years. In southern Babylonia, noblemen used solid gold tools to give themselves manicures and pedicures. The use of fingernail polish can be traced back even further. Originating in China in 3,000 BC, nail color indicated one’s social status, according to a Ming Dynasty manuscript; royal fingernails were painted black and red. Ancient Egyptians have been manicuring date all the way back to 2300 BC. A depiction of early manicures and pedicures was found on a carving from a pharaoh’s tomb, and the Egyptians were known for paying special attention to their feet and legs. The Egyptians also colored their nails, using red to show the highest social class. It is said that Cleopatra’s nails were painted a deep red, whereas Queen Nefertiti went with a flashier ruby shade. In ancient Egypt and Rome, military commanders also painted their nails to match their lips before they went off to battle. 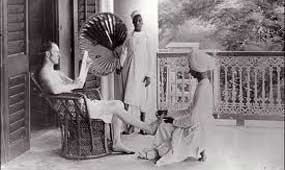 In 2000, the pedicure industry was just beginning to blossom. There were approximately 50,000 nail salons located through out the US then, compared to nearly 100,000 nail salons today. Pedicures were popping up on every corner, driven largely by the full-service salon. Pedicure has high growth rates compared to other industries: From 2000 to 2009, GDP grew 2 billions to 6 billions.

According to the US Department of Labor, www.bls.gov, manicure and pedicure specialists earned a median income of around $24,000 in 2006. Most professionals earn an hourly wage or salary which can be augmented through customer tips. Independent nail techs depend on repeat business and consistent business to earn their livings. The most successful independent manicure technicians may earn salaries of over $50,000 per year. Similar salaries can be earned by skilled pedicure techs working in exclusive and high end spas and salons. 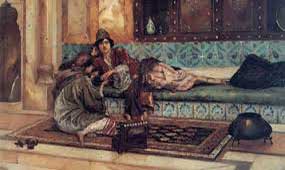 Although most salons are perfectly sanitary, pedicures do carry the risk of infection, especially if the tools used after each visit are not thrown away. During a pedicure small breaks in the skin can occur. When nail tools such as cuticle pushers or nippers are used on these breaks, or on paper cuts and other open areas in the skin, they can transfer blood and/or bacteria from one customer to another, if the tools are not properly sterilized between appointments. The following health risks are associated with pedicures: fungal infections such as athlete’s foot and yellow fungal nails, bacterial infections such as staphylococcus and other organisms mandating oral antibiotic treatment, viral infections including plantar warts and even hepatitis B and C.

In 2006, Kimberly Jackson’s heel was cut with a pumice stone during a July pedicure; she developed an oozing wound that wouldn’t heal despite repeated rounds of antibiotics. She died in February of a heart attack triggered by a staph infection. Her death was an outbreak and was the cause of state boards’ new safety laws and the board’s rules of regulations. This year, thousands of nail salons throughout California have been inspected and cited hundreds and thousands of dollars, according to nail salon owner’s accounts. Inspectors usually appear unexpectedly at salons every two to three years, according to Department of Consumer Affairs spokeswoman Kim Brown, although she said salons could be inspected at a higher rate due to consumer complaints.